Graduated in 2019 with a BA in Film Studies at Anglia Ruskin University in Cambridge, where I did develop my final year major project about the “Contemporary Ibero-American productions and their distribution in the film industry in comparison with Hollywood”. During my time at uni in Cambridge, I produced my own projects and also for other young filmmakers/directors. I’ve worked as a content producer for the Student Union at Anglia Ruskin University. Furthermore, I’ve worked and volunteered in different film festivals in UK and Europe (Cambridge Film Festival, Watersprite, BFI, Berlin Film Festival, IFFR, FEST- New Directors, Sundance London, etc). I have been the creative director and the lead facilitator for the workshops at Next Move Arts, a graduate hub platform that creates new opportunities for those interested in the film industry who wish to acquire practical skills in different areas. I did some collaborations with Balik Arts as a facilitator in film documentary workshops in Skill Reels for young students from Turkey during Sept 2018 (where I also worked as a location manager for a film crew from Turkey meanwhile shooting their film). From 2020 until recently I’ve worked as a Junior Content Editor/Producer for Little Dot Studios. At the moment I do freelance work as a content producer for social media, producing some projects, and I’m a jury curator for The Galactic Imaginarium Sci-Fi Film Festival in Romania. I’m finishing my MA in Film Distribution and Marketing at BCU (Birmingham City University).

Cambridgeshire, Suffolk, London
Production areas I would like to work in 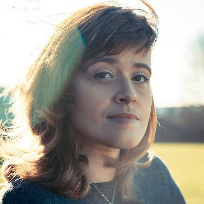