I am currently finishing my MA in Screenwriting at the London College of Communication at the University of the Arts London. I chose to follow this path as I had originally trained at Drama, but I now realise I would much prefer being involved behind the camera. I have a real love for film as it provides a sense of much needed escapism and so to work in film production would bring me a great deal of satisfaction. I am most interested in the Script department, in research, script reading and script writing, but I would also love to get experience in production, as a production runner or a director or producer's assistant. I am eager to start work within the industry so I am open to most roles.

London, Stoke-on-Trent
Production areas I would like to work in 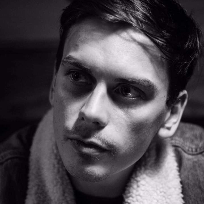